Blockchain offers a glimpse of a future computing world built on a trustless, highly security consensus mechanism. The important qualities of these distributed systems

If you are working in technology it may not feel like centralization. Working on sharding data, or working on multi-region computing to support your organization feels like decentralization. I would argue this work is really an effort to scale centralized services to higher levels of capacity and utilization.  Take a step back and think about the systems you build they have

In addition, the systems aren't very robust to high latency or security exploits.

💡
For the past 20 years we've been centralizing systems. We've worked hard to have single leaders, with ordered updates. We have made an assumption that nodes are trusted. Our systems only work predictably in low-latency & secured environments.

Single Masters, Synchronous Message Passing combined with the assumption of trust and a stable, low-latency network are the qualities of centralized computing. Today we spend a great deal of time and effort working on the control plan for our systems to work around these limitations. By control plane I mean routing of requests, allocation of resources, deallocating resources, secure handoffs, logging, and monitoring. We need to make sure sharded requests are routed to the correct endpoint. We need to grant permission and access controls so new applications may be spun up. We write code to handle a surge of traffic or an unresponsive services. We spend time repairing data-sets and queues that go out of sync. This is all custom work, and this is all control plane work.

Contrast that with a distributed system. Think about your average blockchain. Transactions in a blockchain wait in a pool where a miner will pick them up and try to create a new block. Once a new block is created it may be added to the blockchain. At every step along the way there are multiple competing agents involved.

In the blockchain example we can see how the control plane logic is distributed among the miners and the nodes. Take for example aligning state with the majority. This control plane logic is built into the system, it isn't coded up after the fact. You can add new records, grow or shrink the nodes, and there are no access controls or permissions to add.

There is still a lot of work to support distributed systems. If blockchains are distributed ledgers where don't have a distributed compute or distributed function platform. Distributed compute would need to support the same qualities as a blockchains. That is being secure, resilient, and distributed. We could have some generally supported secure platforms that would allocate compute resources on the fly and run multiple copies comparing the results. Or we could utilize zero knowledge proofs that perform a function and return a true false result.

A distributed compute environment might work in the following way: Note that the data needed by the compute function would need to be packaged along with the function to run.

A zero knowledge proof would work differently. First there would need to be domain providers that have both data and can run functions on that data. The statements asked would always return a true/false answer. Range queries could be asked. For example is this persons income above $100,000 so they can qualify for this mortgage.

In this case you would know the person's income is above the required threshold, but you wouldn't know their exact income level.

Hopefully the next 20 years brings more secure, resilient, and distributed computing, and I feel Web3 offers a glimpse into how that future will materialize. 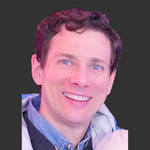